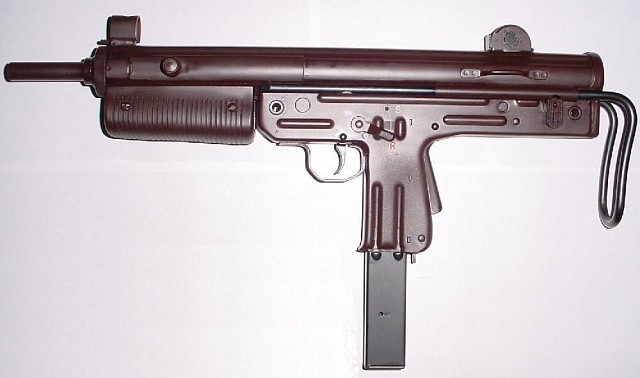 The design of the FMK-3 is heavily influenced by the Israeli Uzi and Czechoslovak Vz 23, both in looks and internal mechanism. It is a blowback operated sub machine gun with a telescoping bolt. The magazines are inserted in through the pistol grip which is fitted with a grip safety. A retractable metal wire stock is fitted. A small batch was produced with fixed wooden stock.

The main user of the FMK-3 is Argentina. It has also been widely exported to other South American nations.

Left side view of FMK-3 sub machine gun with 25 round magazine and stock in extended position.
Source: www.bp.blogspot.com - © copyright lies with original owner

FMK-3
Most common version. It is select fire and has a retractable stock.
FMK-4
FMK-3 with a fixed wooden stock.
FMK-5
Civilian model of the FMK-3 that fires semi-automatic only. 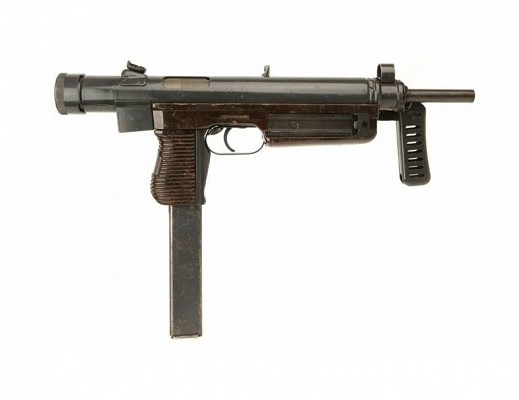 The design of the FMK-3 is based on the Czechoslovak Vz 23.

The internal mechanism of the FMK-3 is similar to the Uzi, which in turn is also inspired by the Vz 23.